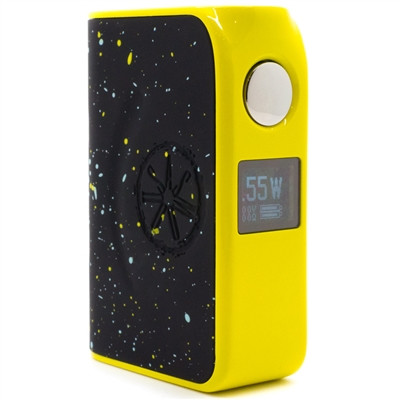 The Minikin Boost V1.5 mod retains the same body structure as its predecessor but with additional features a magnetic battery door, an enlarged asMODus logo on the door of the device, a maximum power output of 155.0 watts, and the implementation of the new "Curve" firing mode.

The "Curve" firing mode is our newest firing mode which manually imitates the abilities of temperature control by allowing the user to set 5 different wattage over time presets for up to 10 seconds. For example you can have the device fire at 90.0 watts for .5 seconds and then at 80.0 watts for 3 seconds. This would be the perfect setting for quickly ramping up large gauge wire builds or Claptons for a perfect fire every time.

The Minikin Boost is powered by dual 18650 batteries (Not Supplied) and has multiple firing modes, such as Wattage, Curve, Temp Ni200 and more, a max voltage output of 7.5v and output current of 35amps.